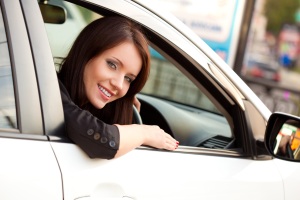 The prices of new cars do not seem to be dropping at all and in recent studies they actually seem to be increasing. With that being said and the state of the economy today it is becoming extremely difficult to afford them, so what can we do as consumers? The solution may seem outrageous or crazy, but for many people it is actually working tremendously. There are many success stories of people purchasing new cars when they never thought that they could and it is all thanks to the 97 month car loan and yes to save you from doing the math that is going to be 8 years and a month.

Normally dealerships would have laughed you out of the building if you proposed something such as that, but with the state of the world today dealers are going to be much more open to it since they need to make the sale. By the end of 2012 the average new car loan was a length of about 65 months which is the longest recorded average ever.

Taking out a Lengthy Loan

Usually some instances where a 97 month loan for a car would be extremely helpful is going to be when you have poor credit, have a lower income, or you have some debt that you are trying to get rid of while still needing to purchase a vehicle (this does come up when applying for a loan in the debt to income ratio). In recent studies from Experian it has said that 17% of new car loans in the last quarter were between 73 and 84 months long! There were some that stretched into 97 months as well. Just a few years ago it was at 11% so as you can see there has been a drastic uptick for these lengthy auto loans.

With the state of the economy in such a hard place financially many dealers are open to these types of loans. Some will be more reluctant since it does open options for more expensive/longer lasting vehicles which may keep people from replacing vehicles in the future. This of course will cut into their future sales. Many dealers though will be willing to work with you and potentially take out a subprime 97 month car loan. We can help you to make it happen by applying online for a loan here at FundingWay.com. It will take just a minute of effort on your part to be set up with a dealer in your area that will work their hardest to get you approved for the loan that will fit your situation best.

Issues that May Arise

So far there doesn't really sound like there is anything wrong with a 97 month car loan other than the fact you have an extra payment for the next 8 years of your life. One problem is that you will end up paying a lot more overall because of accrued interest rates. It is very likely that you are going to end up spending hundreds or thousands more than you originally thought or planned. This is the biggest problem that you may have with a 97 month or other lengthy car loan. If you are interested in getting approved for subprime credit auto loans though we can help you out and get you in front of a dealer in no time at all.
Related Articles

Do you meet the basic qualifications?